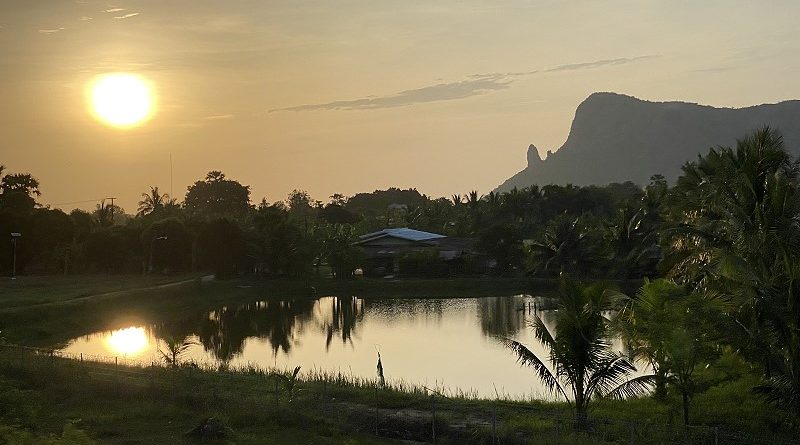 The following are the highlights for what there is to see and do at the main railway stations and tourist destinations. This is a work in progress during 2022 and so please bookmark the page and come back for more updates.

Nong Pla Duk Junction Station [MAP]. This was originally just part of the Southern Line between Bangkok Noi and Phetchaburi. During the Second World War, the Japanese army made this the starting point of what would later become known as the Death Railway that went all the way into Burma. There is a memorial here that marks the start of construction. Today, the line only goes as far as Nam Tok Station in Kanchanaburi Province. After the war, the government came up with a plan to build a new line from Nong Pla Duk to Lopburi to connect the Southern and Northern lines. The idea was to bypass Bangkok and to avoid the need to cross the Chao Phraya River. During the last war, Rama VI bridge was badly damaged during air-raids and so they wanted alternatives in case of future wars. The first section went as far as Suphanburi. Unfortunately, due to budget cutbacks, the line to Lopburi was never completed.

[KM 468.534] CHUMPHON STATION This station is a jumping off point for people wanting to take a boat to Koh Tai island. You can buy a combined bus and boat ticket that will take you from the station to the pier and then the island. [Station information and timetables]

At Thung Pho Junction Station in Surat Thani Province, there is a branch line to Khiri Rat Nikhom (662 km).

At Thung Song Junction Station in Nakhon Si Thammarat Province (631 km), there is a branch line to Kantang in Trang Province (850 km).

At Khao Chum Thong Junction Station, there is a branch line to Nakhon Si Thammarat (816 km).

At Hat Yai Junction Station (945 km), there is a branch line to Padang Besar Station in Songkhla Province (974 km) that connects with the  Malaysian Railway.