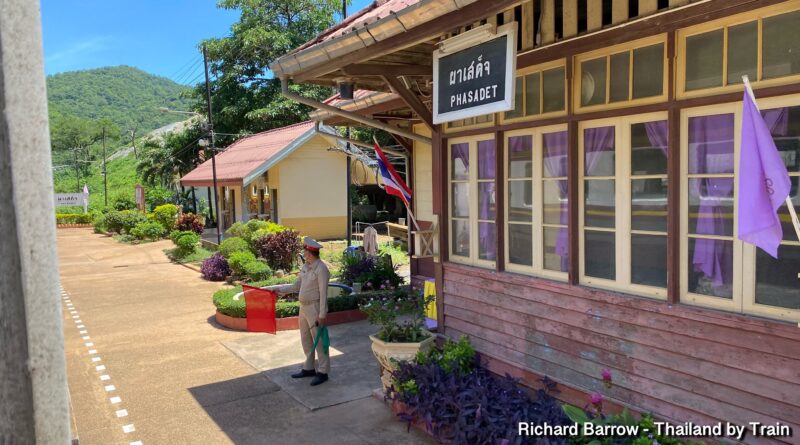 We are researching this page during 2022-2023. Please bookmark the page as we will be continually adding links over the coming weeks and months. Thanks for your understanding.

The following are the three terminal stations that we have at present in the capital. Bangkok Railway Station is still the main one and has been for more than 100 years. It serves trains on most lines. Bang Sue Grand will at some point become the main terminal station for Bangkok. At present it only serves electric trains on the Red Line. However, we are expecting some of the long distance trains to be moved here from around September 2022 onwards. But not all as some lines cannot be reached from this station yet. The third terminal station in Bangkok is Thonburi Railway Station. This was formerly Bangkok Noi Station and the terminal station for the Southern Line.

The electric train lines across Bangkok are expanding all the time and over the last few years it has sometimes been difficult to keep up with both new stations and new lines opening. In the beginning they were exclusively inside Bangkok, but now the electric system reaches neighboring provinces. The Dark Green Line is the longest electric line as it stretches over 50 km from BTS Keha Station in Samut Prakan Province to BTS Khu Khot in Pathum Thani Province. Only the Red Line is operated by the State Railway of Thailand.

LINES OWNED AND OPERATED BY THE STATE RAILWAY OF THAILAND: