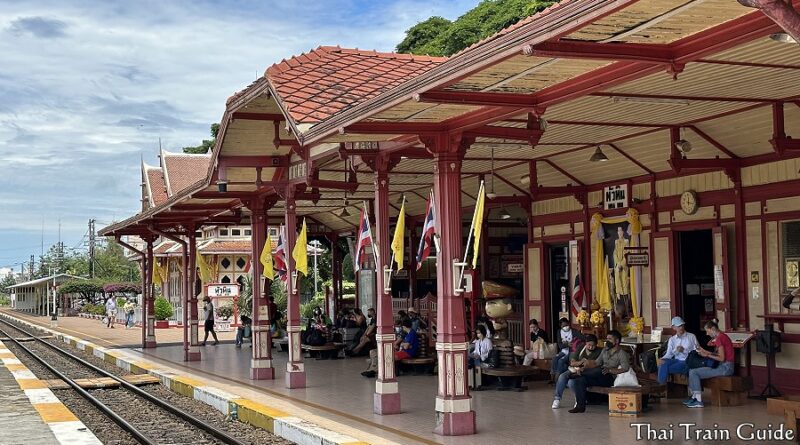 The Southern Line third phase between Cha-am Station to Hua Hin opened in November 1911, and the line continued to Wang Phong Station in January 1914. The original station building was built in 1910, and rebuilt in 1926, by Prince Purachatra Jayakara (former commander of the Royal State Railways of Siam) to the current Victorian building today. The design was taken from the planned Siam Rat Museum Expo, intended to be built in 1925 at Lumphini Park, but was never built due to the death of King Vajiravudh and the cancellation of the expo by King Prajadhipok.

In 1967, Colonel Saeng Chulacharit (former minister of the State Railway of Thailand) coordinated the relocation of the Sanam Chandra Palace Railway Pavilion from Sanam Chandra Palace, to Hua Hin and it was renamed to “Phra Mongkut Klao Pavilion”. Nowadays, it is one of the main attractions at the station.