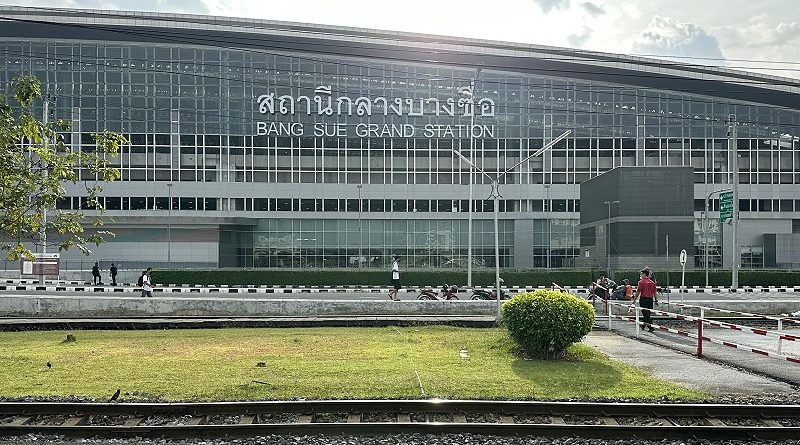 The main railway terminal in Bangkok is Krung Thep Aphiwat Central Terminal (KTW). In Thai this is called สถานีกลางกรุงเทพอภิวัฒน์ (sa-tanee glang groong tep a-pi-wat). The station was formerly known as Bang Sue Grand Station (สถานีกลางบางซื่อ) before it was given its present name by His Majesty the King. At the moment, only Red Line commuter trains use the building. Long distance trains on the Northern, Northeastern and Southern lines are expected to move here from Bangkok Railway Station (Hua Lamphong) shortly after the new year holiday in January 2023. The advance ticket office at the station has already opened. 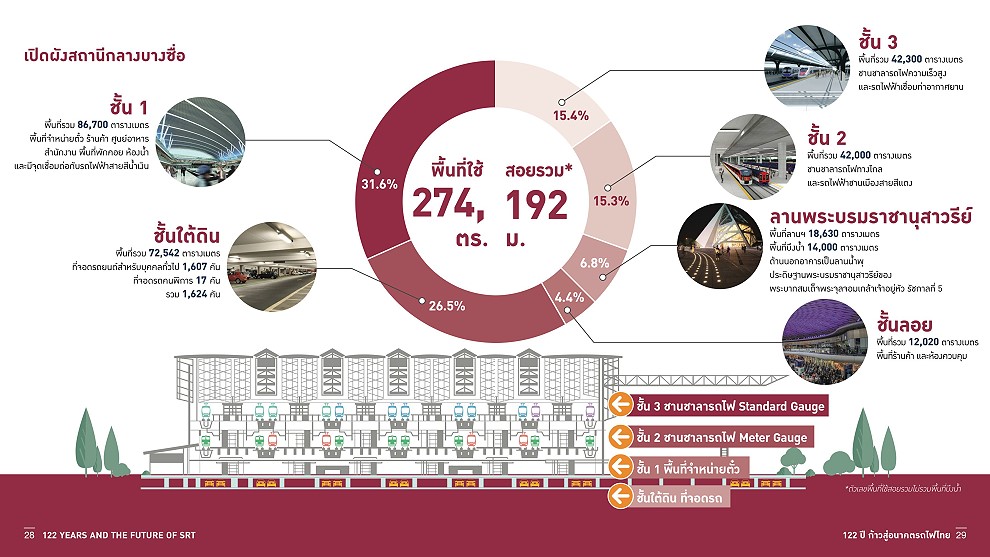