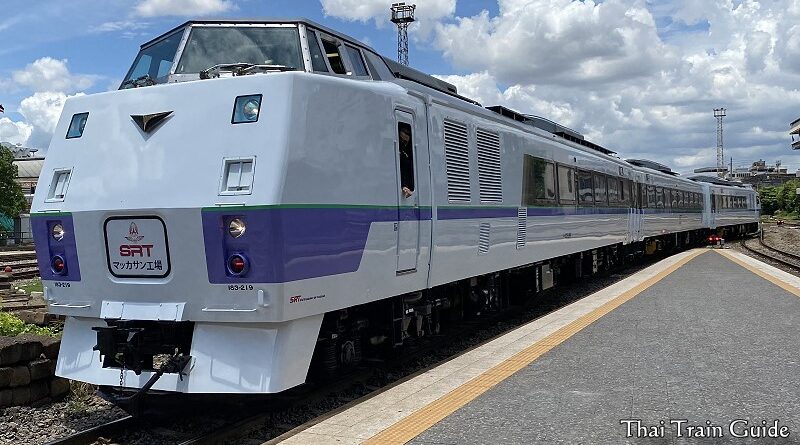 The KiHa-183 trains were built in the early 1980’s and were designed to be used in the harsh conditions of Japan’s Hokkaido Prefecture. They have a distinctive elevated cab and a slanted nose in order to stop snow building up. Seventeen of these diesel carriages were donated to Thailand by Hokkaido Railway Company (JR Hokkaido) in 2021. The State Railway of Thailand only had to pay the shipping costs. These were then painstakingly refurbished at Makkasan Workshop with the intention of using them on tourist routes in Thailand. The combined cost of transportation and refurbishing was still a lot cheaper than buying brand new carriages. 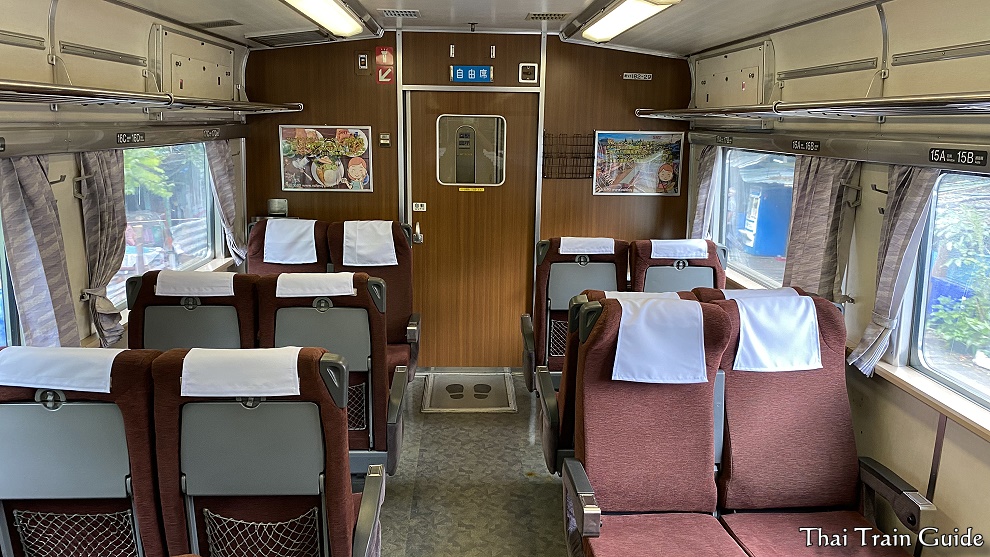 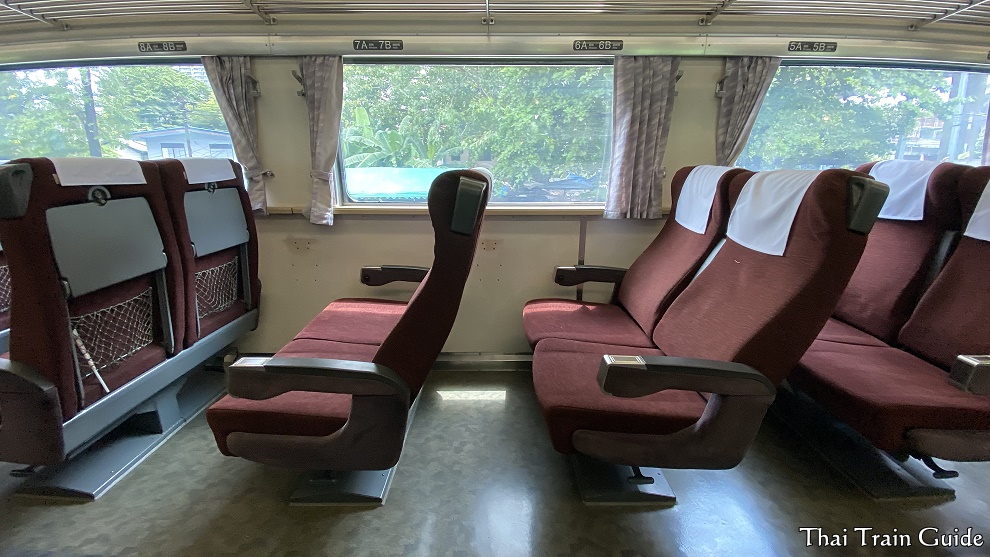 The Japanese trains had a wheel width of 1.067 metres when they arrived and so had to be adjusted so that they could run on the metre gauge tracks used in Thailand. The engine and electrical systems also had to be overhauled. The seats and curtains had to be thoroughly cleaned. Many of the Japanese signs were kept inside the carriages while other signs, with both Japanese and English, were added. The doors between carriages and to the toilets are fully automatic with pressure pads in the door mats. All of the seats can be reclined. More importantly, the seats can be swivelled to face the opposite direction for return journeys. The outside of the carriages were painted in the original colours of light purple, green and dark brown.

I will update this page as soon as news is released on the different routes these trains will take.