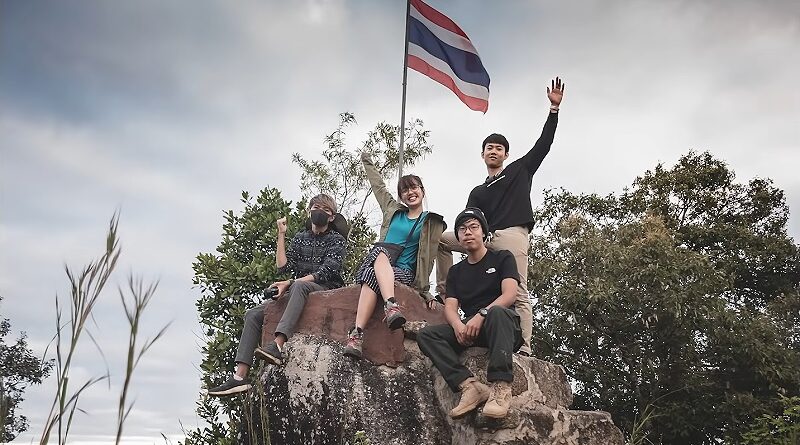 This video is about “Pigkaploy” who took a train on the Northern Line to Khun Tan Railway Station in Lamphun Province for a solo three-day, three night trip. This is a popular destination for trekking in the nearby Doi Khun Tan National Park. This is probably one of the closest national parks to a train station. Certainly one of the most beautiful. Or so it would seem judging by this video and others on YouTube (click here to search for more videos). I haven’t been here yet but it is definitely on my list.

She took Special Express No.13 from Bangkok towards Chiang Mai. There are other night trains heading north but this is a good one to take as it arrives in Khun Tan at 7:32 a.m. She booked the upper berth which was 748 baht. Travel time is about twelve hours. If you want an earlier start for your trek, and a better sleeper train, then take Special Express No.9 that arrives in Khun Tan at 6:01 a.m.

Khun Tan Railway Station (click for map) has a couple of records. It is the highest station in Thailand at 578 metres above sea level. Next to it is also the longest train tunnel in Thailand at 1,352.1 metres. It took eleven years to build and it was completed in 1918. It is worth spending a little time exploring the station as it has a few photogenic spots. The pathway to Doi Khun Tan National Park (click for map) is clearly marked at the station. You will also find food vendors at the station if you want to eat breakfast first or you can eat once you have reached the park headquarters.

At the visitor’s center, they will give you a map to show you the route and give some advice about where to pitch your tent. It is a hard climb so come prepared. In total, there are four stops along the way called “Yor” in Thai. In some videos, I saw them camp at Yor 2 (click for map) while others camped at Yor 3. If you camp at the latter, you don’t need to get up as early to trek to the summit for the sunrise. If you camp at Yor 2, like “Pigkaploy” did, you have to get up at 4 a.m. to trek the 4.5 km to Yor 4 (click for map) for the sunrise view. They made it just in time. The summit is 1,373 metres above sea level and has some great views.

“Pigkaploy” went on the trip alone but made some good friends along the way. She returned to Bangkok onboard Special Express No.14 which is the newer sleeper train. This arrives at Khun Tan at 6:18 p.m. In total she was away for three nights. Two of those nights were on the train and one in the national park. 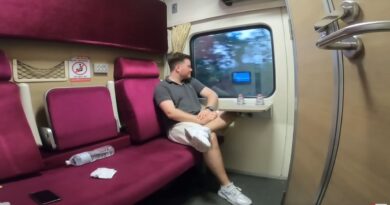 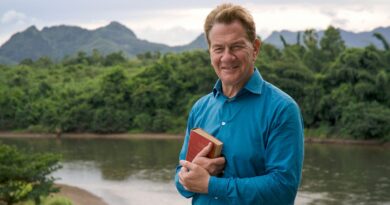