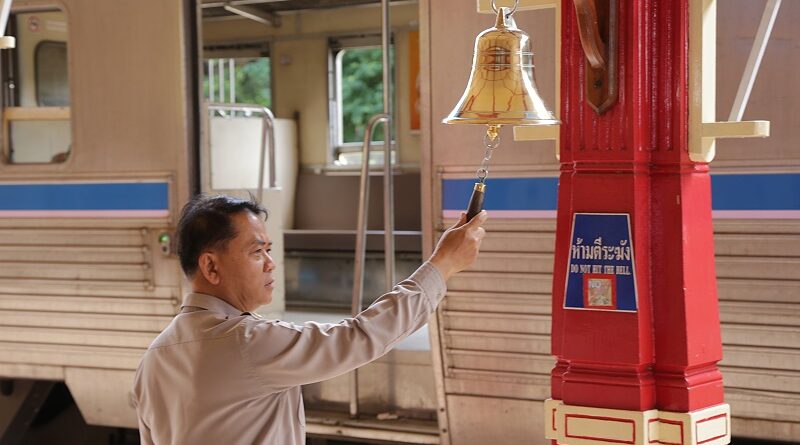 Any railway station in Thailand that has a scheduled train stopping for ten minutes or more must have a platform bell to ring to warn passengers of departing trains. The brass bell hangs proudly in front of the station master’s office. There is a special code that you need to understand in order to interpret the platform bell signals. If a train stops at a station for four minutes or more, the bell must be struck twice (ding, ding) three minutes before departure. Then, the bell must be struck three times (ding, ding, ding) one minute before departure. There is also a code for how far away an approaching train is and from which direction it is coming.

Before I tell you this code, there are couple of things that you need to know to help you understand it. As I said already, trains pass through the station from two different directions. In Thai, they call them up trains (รถไฟเที่ยวขึ้น) and down trains (รถไฟเที่ยวล่อง). The up trains are ones that originate from Bangkok or Thonburi stations. The down trains are ones that head to Bangkok or Thonburi, including trains that terminate at stations before they reach the capital. The second thing that you need to know is that all up trains have odd numbers and all down trains have even numbers. So, for example, Special Express No. 9 goes to Chiang Mai and No. 10 goes to Bangkok. 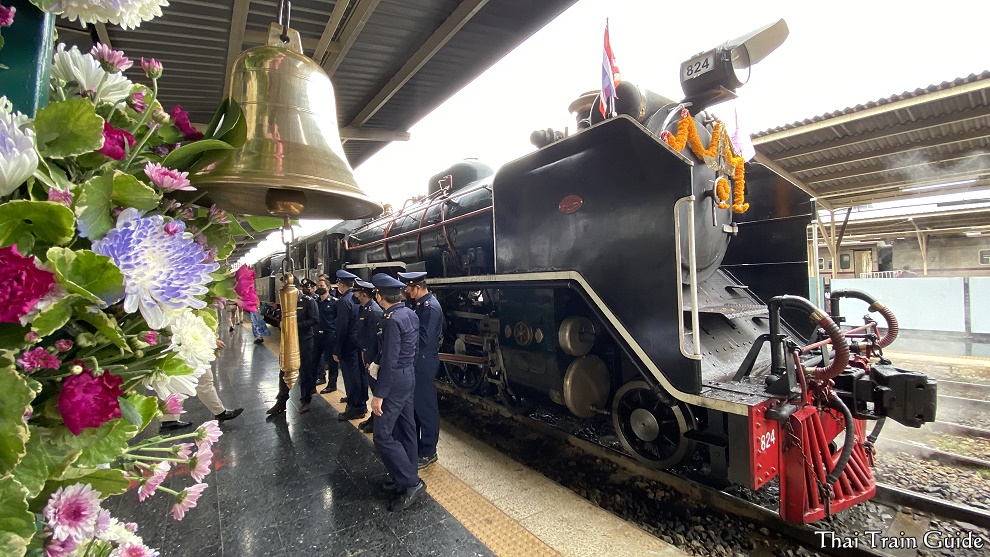 Now I think you are ready for the special code. It is quite simple if you can remember up trains are odd numbers and down trains are even numbers.

Here is a real example of Special Express trains No. 9 and No. 10 that run between Bangkok and Chiang Mai. For this example, let’s pretend you are waiting for the train at Don Mueang Station.

Hopefully that is clear to you now and next time you are waiting for your train you will be able to inform your fellow passengers when it is time to get ready for the train. 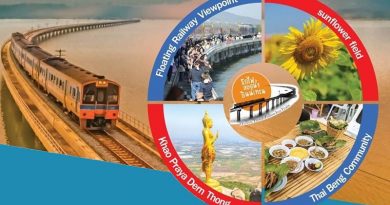 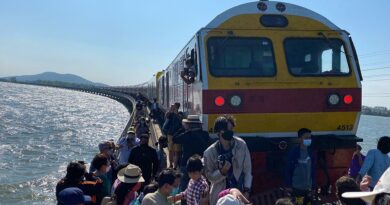 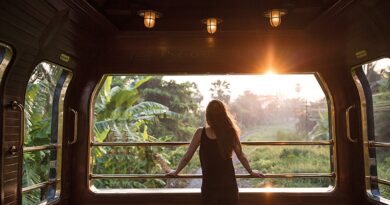 The 2022 Schedule for the Eastern & Oriental Express has been Cancelled

3 thoughts on “Secrets of the Platform Bell at Railway Stations”