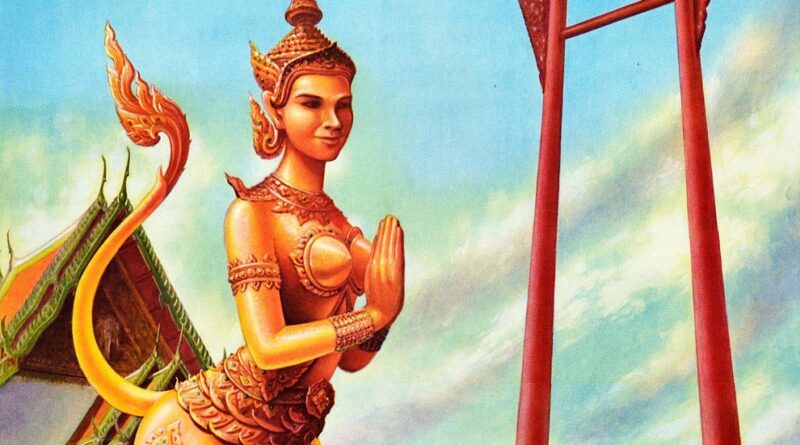 “Never miss Exotic Thailand on your trip to the Orient.” This is a vintage travel poster released by the State Railway of Thailand (SRT) in 1964. The artist was Ambhorn Daroonsart. I have seen another one that dates back to the 1950’s with the slogan, “Beautiful Bangkok. The Jewel City of Asia”. In the past, the SRT were more active with promoting tourism both for domestic and foreign tourists. As early as the 1920’s they had a special department that was for running their own railway hotels. 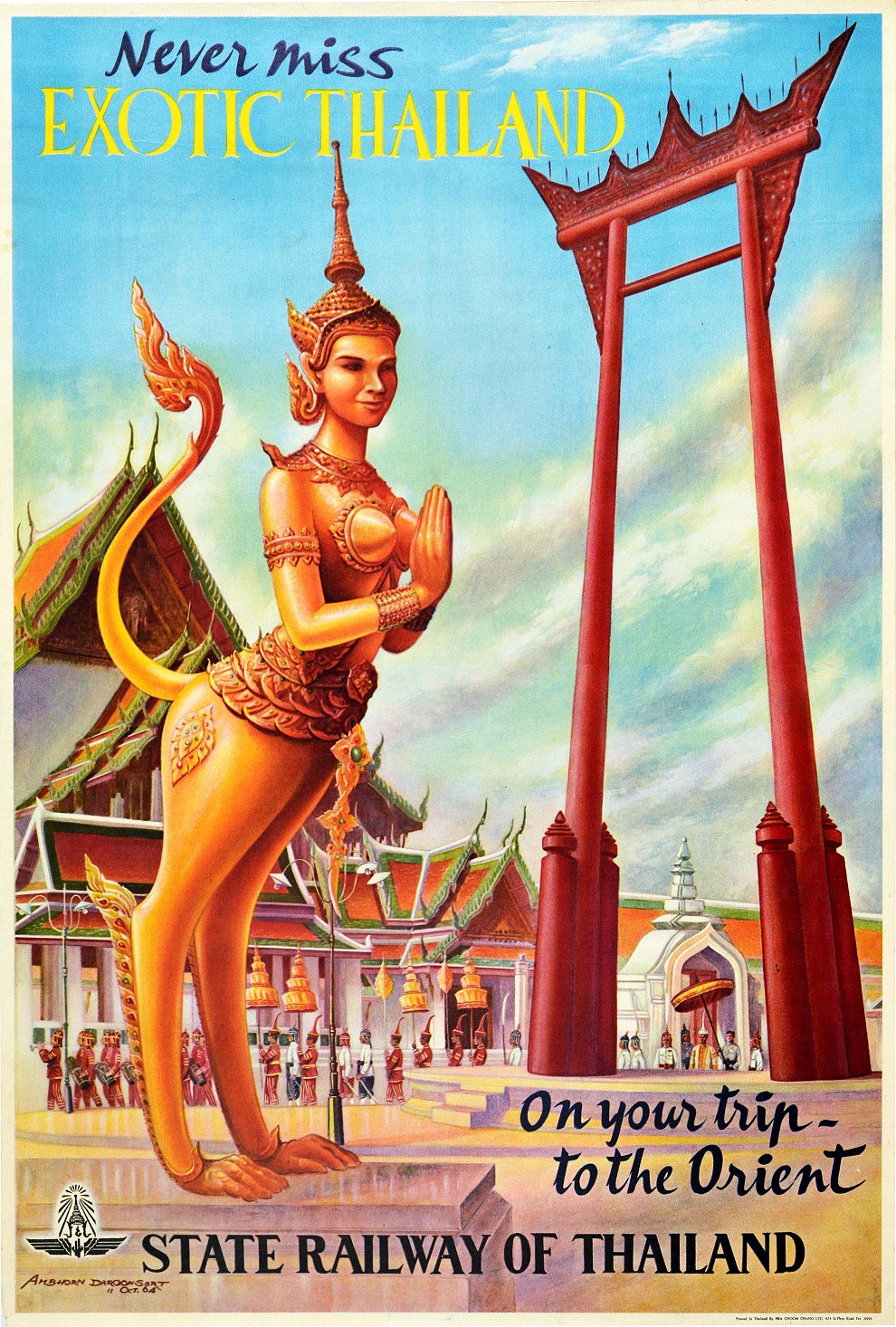 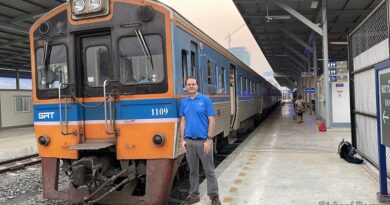 Train Trip to the Cambodian Border 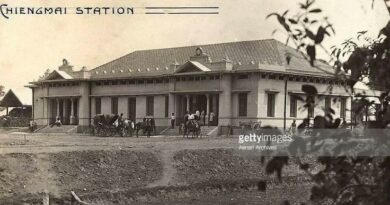 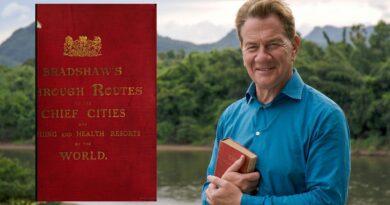 Bradshaw’s Through Routes to the Chief Cities, and Bathing, and Health Resorts of the World