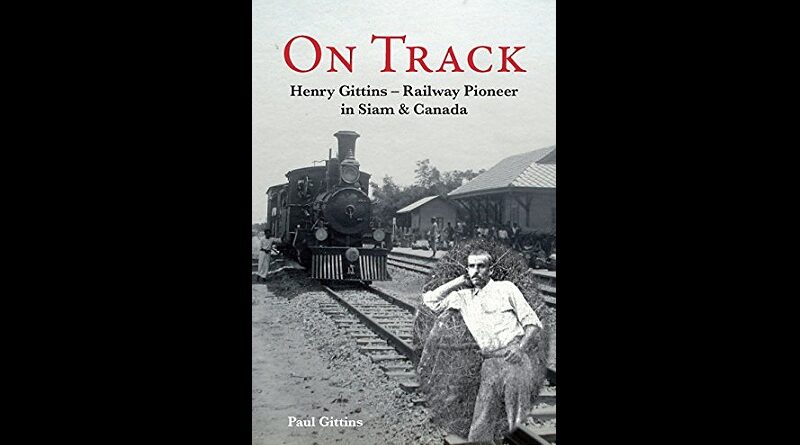 Buy on Amazon: Paperback or Kindle

Henry Gittins, born in 1858, went to Canada as a young adventurer where he started his career as a railway engineer. In 1885, he joined a survey team in Siam aiming to develop a national railway system. He spent thirty-three years there, progressing to the highest position in the Siamese Railway Department. Amongst his many achievements was the discovery of Hua Hin and his heroic construction of the Southern Railway line, which opened up the southern peninsula to travel and development.

During his time in Siam, Henry Gittins kept a series of diaries which not only give a first hand account of the difficult and dangerous conditions surrounding the construction of railways at that time but also a fascinating picture of the emergence of Siam (now Thailand) into the modern world.

‘On Track’ is an affectionate tribute from the author to the grandfather that he never met but whom he got to know and appreciate through the diaries that had been left him.

RETURN TO: Books about Thai Railways